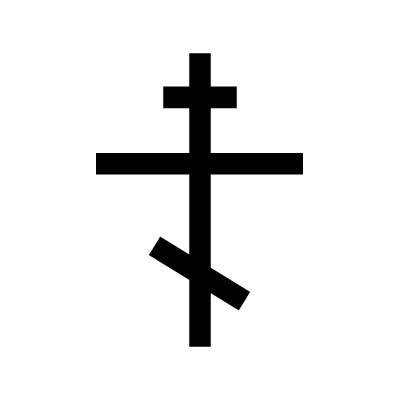 Different to some of the crosses, the Orthodox Cross incorporates different elements. The short bar at the top is meant to be a representation of the sign that was nailed to Christ’s Cross. The slanted bar is meant to depict the foot-rest at the bottom of the crucifix. This is meant to show the spasm of Jesus’ foot that knocked it outs of its place. But it is also interpreted as pointing upwards to Heaven on the side, and hell on the left-hand side.