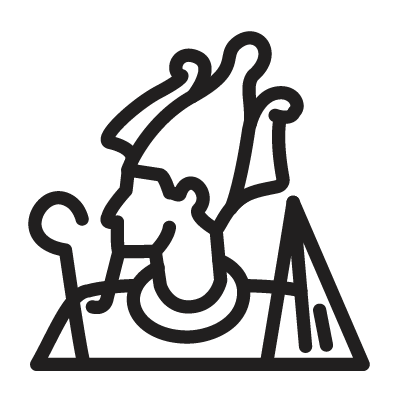 Osiris Egyptian God, in Egyptian mythology, is the god of the productive forces of nature, the lord of the afterlife, the judge in the kingdom of the dead. Osiris was the eldest son of the earth god Heb and the sky goddess Nut, brother and husband of Isis. Osiris reigned on earth after the gods Ra, Shu and Geb and taught the Egyptians agriculture, viticulture and winemaking, mining and processing of copper and gold ore, medical arts, city building, and established the cult of the gods. Usually Osiris was depicted as a man with green skin, sitting among trees, or with a vine entwined around his figure.
It was believed that, like the entire plant world, Osiris dies annually and is reborn to a new life, but the fertilizing life force in him is preserved even in the dead.