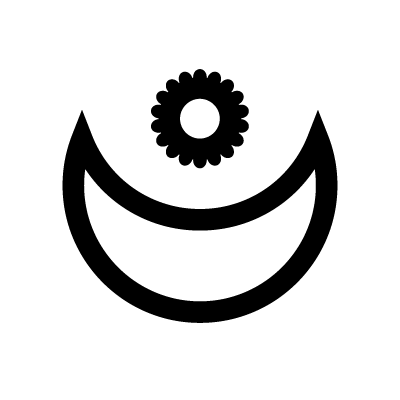 Osram ne Nsoromma translates to ‘the moon and the star’. It depicts a half moon as if it is a bowl that might catch the star above. The symbol represents faithfulness, fidelity, love and harmony.

Symbolikon has been founded on Kickstarter