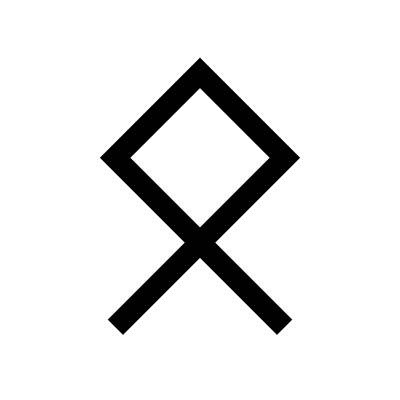 Othala is the rune of ancient clan lands, it is a representation of property and land that is strongly connected to an individual. As it is the last rune if read in sequences, it is seen as an achievement at the end of the journey of runes. These ancestral lands and properties are a result of success, hard work in both physical and spiritual realms. It is a representation of everything that previous generations have earned, and its continuing reward for the individual. Othala is a symbol of permanent generational wealth.