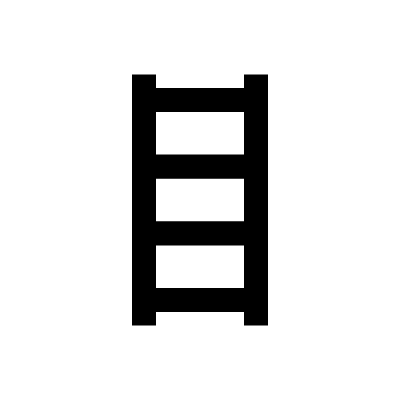 Owuo Atwedee translates as ‘the ladder of death.’ It forms part of the proverb which says that, in essence, everyone will one day climb to death later. The symbol depicts a literal ladder, but represents the mortality of man. It may be invoked to humble the prideful or console the grieving.