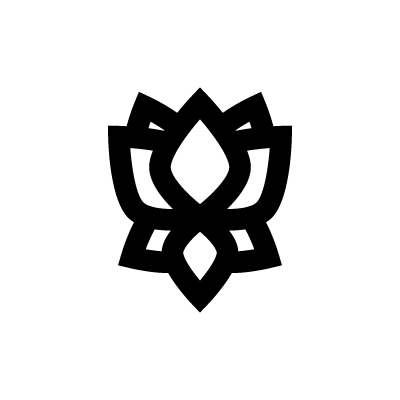 The Padme, or Lotus, represents purity, illumination, love, growth and transformation. If the Lotus has eight petals, it symbolizes harmony, while a lotus with one thousand petals symbolizes enlightenment. A lotus seed or bud represents potential. “Om mane padme,” is a Buddhist mantra, which translates as ‘the jewel in the lotus’. It means that there is potential for enlightenment in each of us. The color of the Padme can also change its meaning. White symbolizes purity and spiritual perfection. Red, passion and love. A blue lotus bud signifies intelligence and communication. A pink flower represents transcendence.