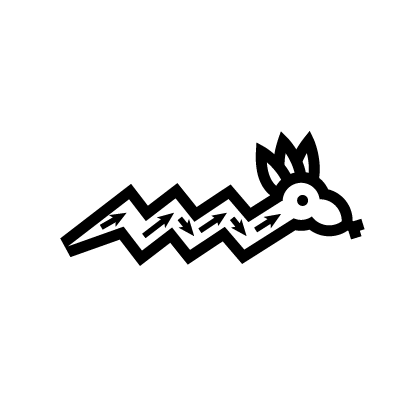 Palulukang is the snake god. He is associated with the southern Hopi Snake Clans. The symbol depicts a water snake with its body divided into sections, representing sections of the human body. Palulukang offers protection for travelers.