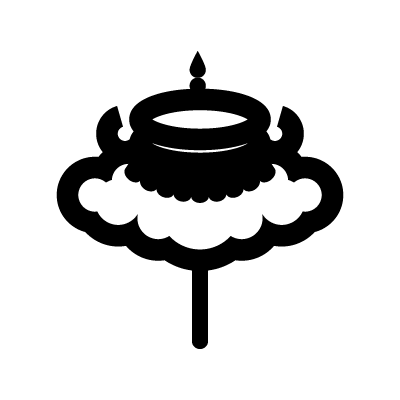 The parasol represents protection, especially from harmful force or illness. It may symbolize the sky and is linked to the element æther. The expansiveness of the canopy, as much as it represents the heavens, is associated with the sahasrara or crown chakra. The parasol, being held aloft, represents honor and respect. It is a symbol of high status. The parasol is normally depicted as a standard umbrella with a single, vertical handle. It is often ornamented with jewels and fabrics.