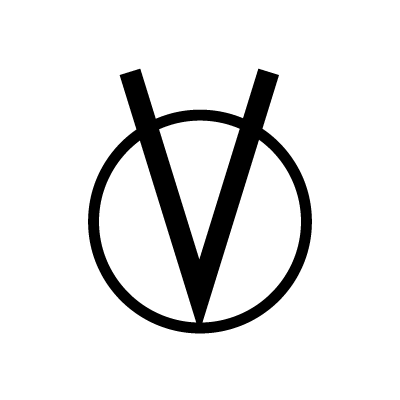 The Patience symbol consists of a large, unfilled circle that contains a V shape, where the meeting of two diagonal lines is at the base point of the enclosing circles, and the end of each line extends beyond the circular boundary. The symbol represents patience and perseverance.