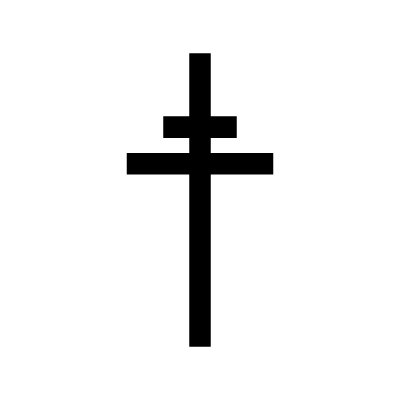 The stylistic history of the Patriarchal Cross remains under debate. While some attribute to a Lorraine Cross, it is thought that Lorraine Cross was inspired by this style but is distinctly different. A common interpretation is that the two bars on the cross are a reminder that Jesus died for two populations – the decedents of Abraham and the Gentiles. The patriarchal cross is rarely used, although historically it has been reserved for high-ranking religious figures.