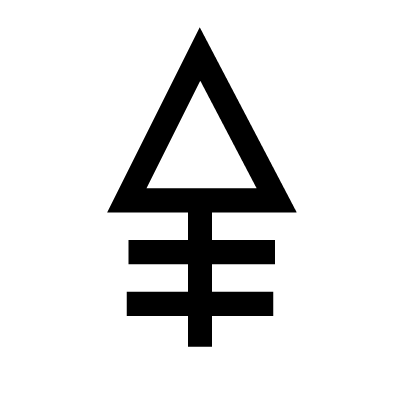 The Phosphorus symbol consists of a triangle shape with a horizontal base and the apex facing upwards. It is placed on top of a vertical line that is intersected by two horizontal lines. Phosphorus was the name given to Venus, seen as the Morning Star. It seemed to alchemists a substance that could capture light.