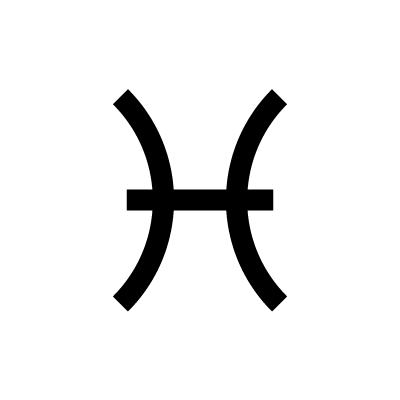 Pisces is the twelfth sign of the zodiac. It is the symbol of the two fish. The symbol consists of two horizontal lines that curve away from each other, connected by a straight vertical line. This is said to resemble two fish caught on a line. Pisces is associated with water and the planets Jupiter and Neptune. Those born between February and March have Pisces as their star sign.