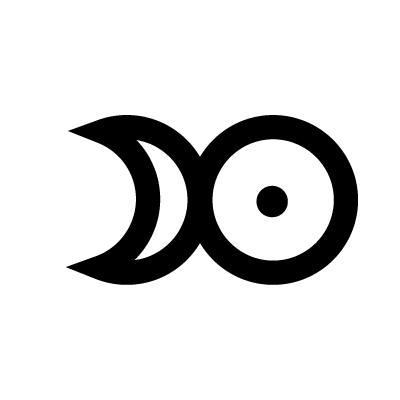 The symbol consists of a crescent moon shape, inverted to face left. This shape is connected to an equally-sized unfilled circle, itself containing a significantly smaller circle. Platinum was thought, amongst alchemists, to be the combination of silver and gold. The symbol incorporates the signs of the sun and moon, associated with these metals.