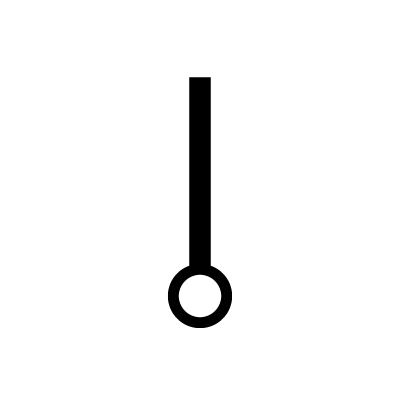 The Positive Spirit Power symbol consists of a solid, vertical line, which ends with a small, empty circle at its base. The symbol represents the positive and creative power of the human spirit. It signifies selflessness.