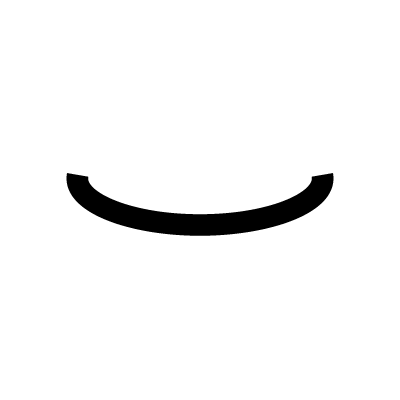 The Positivity symbol consists in a wide bowl or U shape. It represents one who for whom positivity is a key personality trait, due to that person living in a way that represents and embodies truth.