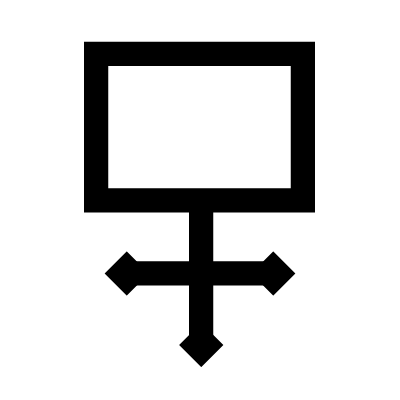 Potash symbol consists of a regular rectangular shape, below which is a cross made from an intersecting vertical and horizontal line. These lines are bookended by small, unfilled diamond shapes. Potassium Carbonate is a salt that forms an alkaline solution, often referred to as the ‘salt of tartar’.