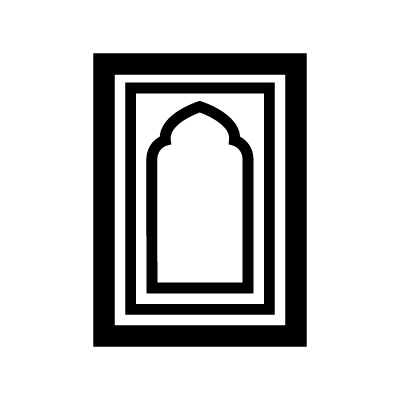 The prayer mat is a piece of fabric, sometimes a pile carpet, used by Muslims while praying. It is placed on the ground to serve as a barrier for unclean ground, so that the worshipper is protected and remains clean. It is larger in size because there are many different positions that one might pray in, so it covers a larger surface area to keep worshipper clean while engaging in prayer. Before praying, Muslims must perform wudu, or a cleaning ritual and must pray in a clean space. The mats are sometimes decorated with different Islamic designs, such as the Kabbah or geometric patterns and shapes. When praying, the mat must be in the direction of the Kabbah.