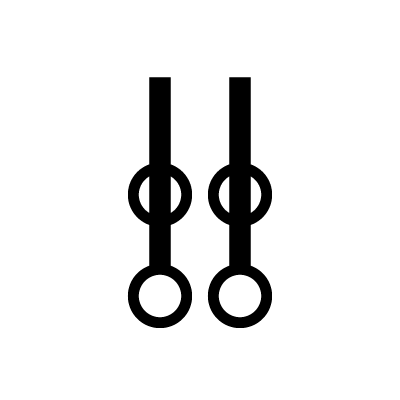 The Prophecy symbol consists of two solid, parallel, vertical lines – each of which ends with a small, empty circle at its base. At the median point of each line is another circle, which is intersected by the line it sits upon. The symbol represents prophecy and the good that can come of far-sightedness. It can also indicate danger and warn others to avoid certain paths.