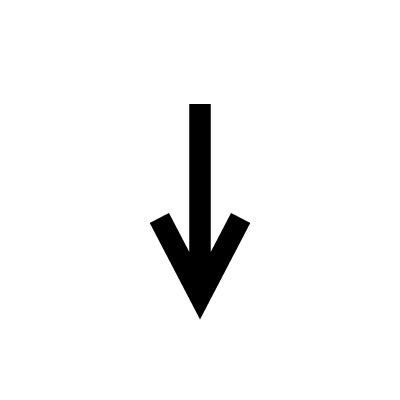 The Prophetic Ability symbol consists of a narrow V shape with a vertical line that arises from the central connective point, to form a downward-facing arrow shape. The symbol represents a spiritual person who has powers of far-sight and divination.