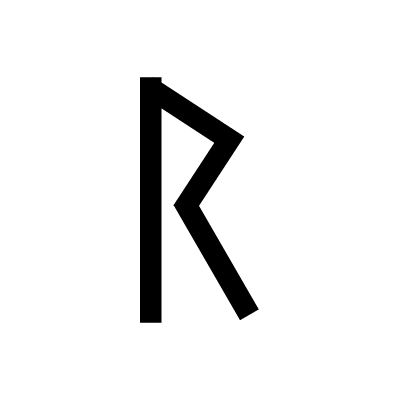 Raidho is a rune of movement, it is representative of the human path. It is the idea of leading by examples, and the power of actions. Rather than focusing on the stops, Raidho is about the importance of life’s journey as a whole. It is also a reminder of the role of fate and respecting influences that may not be understood or reached in the face of events outside of control.