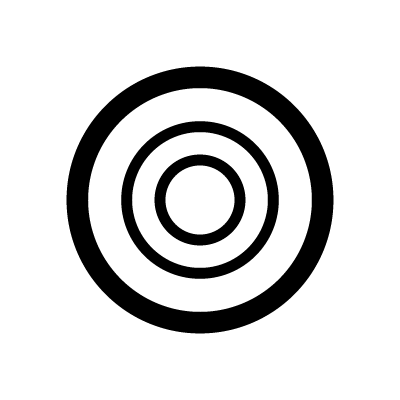 The Relationship symbol consists of three concentric circles, each within the other. It represents distant relations. For example, those who are not immediate family but have the same family name or belong to the same tribe.