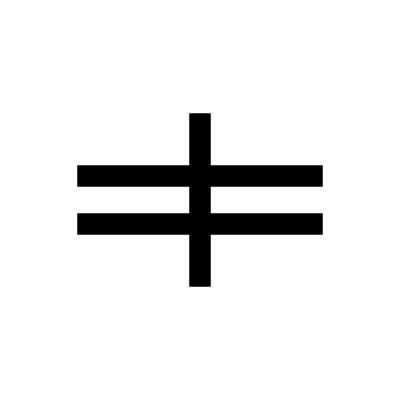 The Resistance symbol consists in two parallel horizontal lines that are intersected by a single and shorter thin, vertical line. The symbol represents physical and spiritual endurance. It advocates for persistence and perseverance.

American Native Rock Art is found predominantly in the Southwest United States of America. Utah, New Mexico and Tesco also contain a significant number of surviving occurrences. All are either pictographs: drawings or paintings made on rocks; or petroglyphs: images carved into the rock. Native Rock Art found in the United States of America can date from as long ago as 3000 BC. Much of it is extremely ancient, while more recent examples contain symbols that are common to many tribes, and so it is hard to say much that is definitive about the peoples who made these images. Some symbols stood for human character traits, like wisdom or far-sightedness, while others represent abstract concepts such as wealth or creativity. Other symbols told myths and histories that involved the tribe’s travels, achievements or successful hunting expeditions. Some, likely, serve as warnings. Though some of these symbols were carved onto stone, at least one belief system says that the stones themselves are bodies of the ‘stone people’. Legends hold that the symbols were burned into the stone people by the gods using lightning strikes. Many large Native American rock carvings and pictographs still exist to this day, and are treated as significant cultural and historical artifacts in the United States of America.