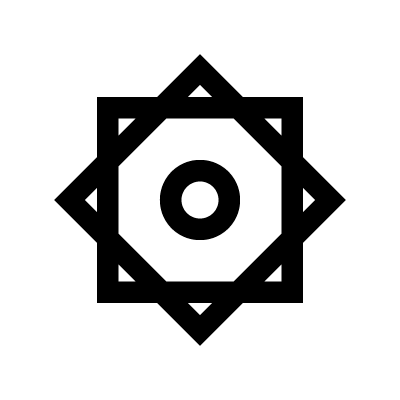 The Rub el hizb is an Islamic symbol. It is usually shown as two overlapping square with other geometric designs and patterns. The Rub el hizb is generally found on emblems and flags. The word rub translates to one fourth or quarter in Arabic, while the word Hizb means a group or party. The term originates from the Quran, which is h is divided into 60 Hizb (60 groups of roughly equal length). This was done to facilitate the reading and recitation of the Quran. The Rub el hizb symbol can be found on the emblems and flags of different dynasties and countries such as Uzbekistan and Turkmenistan.