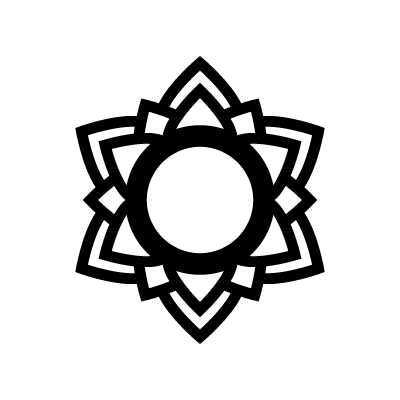 The Sahasrara or “Crown chakra” is the topmost chakra, located above the head outside the body, its name means “Thousand-petaled”. It represents consciousness, within which there is neither object nor subject and the highest spiritual human centre. The chakra is depicted by a lotus flower with one thousand (sometimes nine hundred seventy-two petals) multi-coloured petals.
The modern color associated to Sahasrara chakra is multi-coloured or violet.