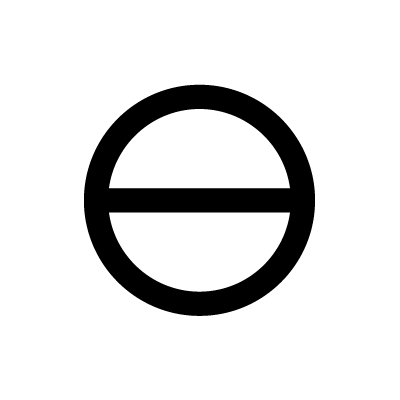 The Salt symbol consists of a large, unfilled circle, the diameter of which is defined by a solid, horizontal line. Salt is one of the three prime materials of alchemy, being necessary and essential for life. It represents condensation, crystallization. It is associated with the essence of all things in nature.