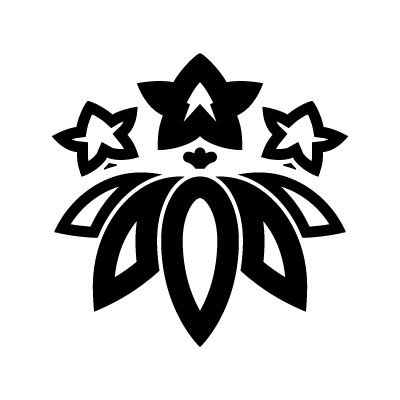 The Sasarindou is the crest or emblem of the city of Kamakura in Japan. Located 50 km south-south-west of Tokyo, Kamakura held special importance during the feudal domain system of Japan, until 1871. Kamakura was where the ruling shogunate was located, as well as the imperial household. The Sasarindou itself depicts  bamboo grass leaves and gentian flowers. Originally a small fishing and farming village, Kamakura quickly became an integral part of history with a deep and storied past. The first shogunate was established there in 1192 and it continued to be an important part of power and strategy during this time. However, by the mid-15th century, Kamakura lost most of its military influence along with its political power. A nearby warlord nearly burnt the village to the ground, all but wiping Kamakura from geography. However, over time, Kamakura has shed its rural village and has become more modern.