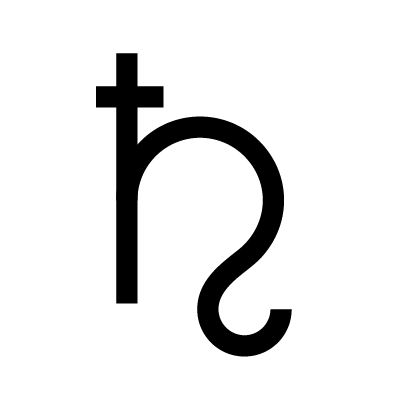 Saturn is the planet in the solar system between Jupiter and Uranus. It is next-largest in size to Jupiter and surrounded by dust rings. Its symbol consists of a long vertical line, intersected by a shorted horizontal line. From the median point of the vertical line, a curved line moves away to the right. It is said to resemble a scythe. In the European tradition, Saturn is associated with agriculture. In the Indian tradition, Saturn is associated with duty, ambition, status and punishment.