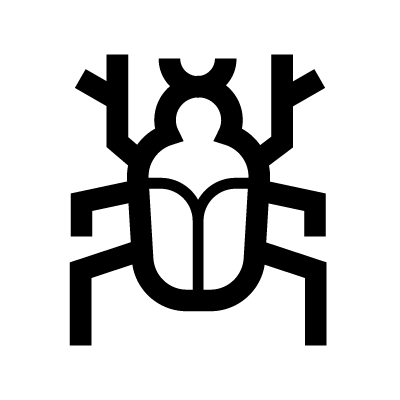 The scarab is one of the most important symbols in Ancient Egyptian belief, but why? What relevance, if any, does it have today? Modern Egyptians still believe that dried and powdered scarabs will help them to become fertile. However, it is as the sacred animal belonging to the God of the Rising Sun, Khepera, that the scarab is important.
The Ancient Egyptians observed that the scarab beetle rolled its own ball of dung along the ground in the same way that the Khepera rolled the Sun across the sky. They also believed that the scarab hatched itself from this dung ball, symbolizing death and rebirth. As a God, the scarab was depicted with the wings, legs, and tail of a falcon.
The scarab was placed on top of the heart when a corpse was mummified. This was so that the heart, symbolizing the conscience, would not be able to speak because the scarab was in the way.
Therefore, the soul could say nothing that might otherwise hinder its access to the Afterlife. Such was the power of the scarab that its image appears everywhere in Ancient Egyptian art and artifacts, on seals and amulets and on pieces of jewelry.
The prominence of the scarab for the Egyptians, however, seems to be a very recent trend when we realize that the beetle has been an important symbol since the Paleolithic period, between 10,000 and 20,000 years ago.