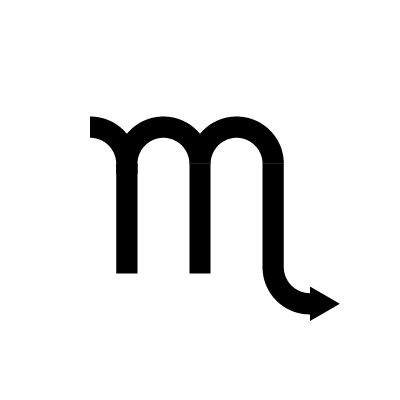 Scorpio is the eighth sign of the zodiac. It is the symbol of the scorpion. The symbol consists of the letter M, in which the line that is furthest right ends with a curved arrow. This is said to resemble the scorpion’s tail. Scorpio is associated with water and the planets Mars and Pluto. Those born between October and November have Scorpio as their star sign.