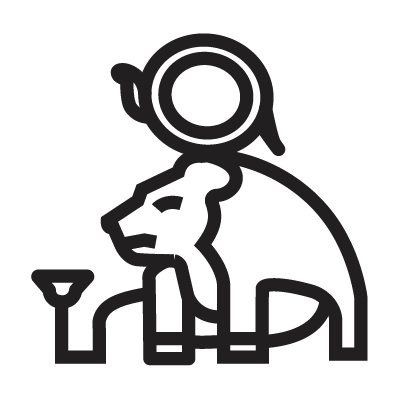 Sekhmet or Sokhmet (mighty), in Egyptian mythology, is the goddess of war and the scorching sun, daughter of Ra, wife of Ptah, mother of the vegetation god Nefertem. The sacred animal Sekhmet is a lioness. The goddess was portrayed as a woman with the head of a lioness and was revered throughout Egypt. In the myth of how Ra punished the human race for sins, she exterminated people until God stopped her by cunning. Her sight terrified the enemy, and the fiery breath destroyed everything, Sekhmet could kill a person or let him get sick; the anger of the goddess brought pestilence and epidemics. At the same time, Sekhmet is a healer goddess who patronized doctors who were considered her priests.