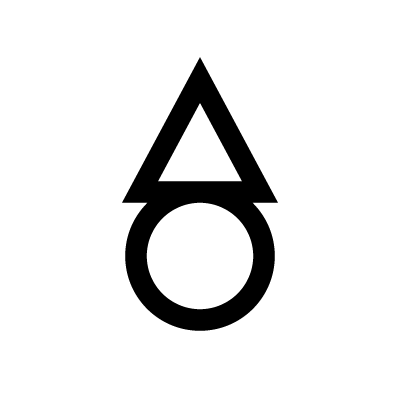 The Sepow symbol depicts a knife, specifically that of an executioner. It represents authority and justice. It consists of a pointed triangle above a circle.