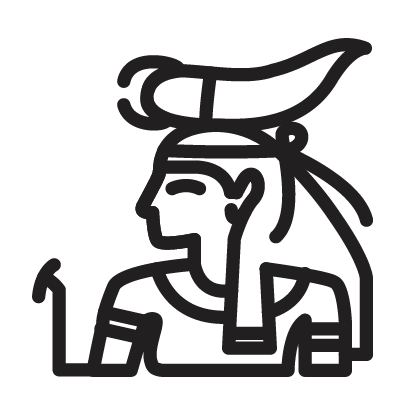 Serket – in ancient Egyptian mythology, is the scorpion-shaped patron goddess of the dead, the daughter of Ra, who helps him defeat enemies.
This is one of the oldest goddesses, whose cult was known even in the predynastic period. The story of the great warrior Menes, known as the King of Scorpions, is associated with the image of Serket. Under the auspices of the Scorpion Goddess, Menes won many wars and became her loyal priest. The name “Serket” is derived from the expression “serket hetit” – “giving breath to the throat”.
As you know, a scorpion bite leads to a spasm of the upper respiratory tract and only the scorpion goddess Serket can ward off the harm of the poison and return a person’s breath. The most ancient function of the goddess – protection from scorpions and cure from their bites, as well as the protection and snake charming. In the era of the Old Kingdom, Serket received the status of the protector of the throne and the pharaoh.