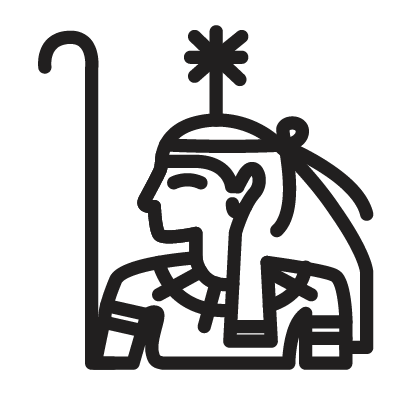 Seshat (feminine from “sesh”, “scribe”) is the goddess of writing in Egyptian mythology. She was considered the daughter or sister (less often the wife) of the god of wisdom Thoth. The panther was considered the sacred animal of Seshat, so the goddess was represented in the skin of this animal, thrown over a shirt. A seven-pointed star was depicted above the head. The goddess was revered as the head of the “house of life”, that is, a collection of manuscripts, an archive. One of her functions is to write on the leaves of the shed tree (her fetish) the years of the life and reign of the pharaoh. In addition, she was in charge of the art of counting (trophies of war, prisoners, gifts, tribute), as well as drawing up construction plans, and patronized construction work.