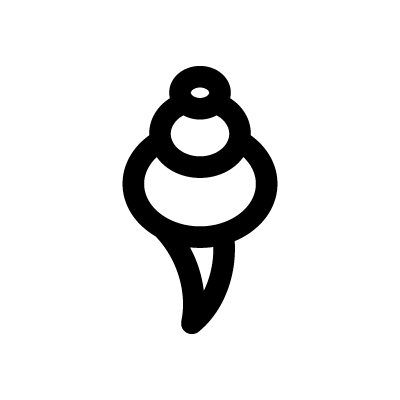 The Shankha, or Conch Shell, was used in ancient times as a war horn. It was believed that the sound would allow those who heard it to overcome fear and evil, but that it would invoke terror in one’s enemies. Later, the conch shell became an instrument commonly used in rituals. In Buddhism, the Shankha represents the voice of Buddha and the truth of his teachings. The symbol may be depicted as right- or left-turning, and the right-turning conch is believed to be the more auspicious.