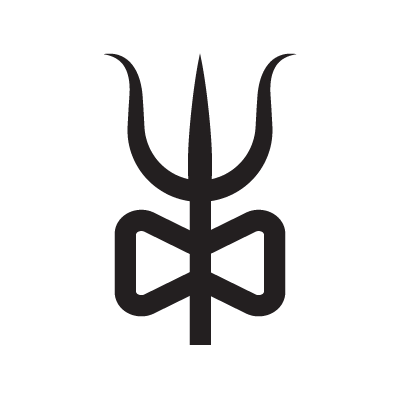 Trishula Shiva trident carried by Himalayan yogis, is the royal scepter of the Saiva Dharma (Shaivite religion). Its triple prongs betoken desire, action and wisdom; ‘ida, pingala and sushumna’; and the ‘gunas’–‘sattva, rajas and tamas.’