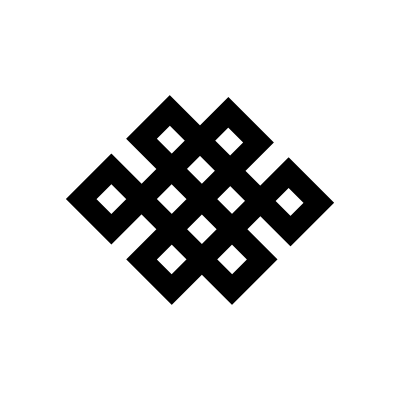 The Shrivatsa, or Endless Knot, is sometimes known as the “Mystic Dragon”. It represents eternity, unity and the interconnectedness of all things. It was believed to offer protection, as the endless looping design would confuse malignant spirits. In Buddhism, the knot symbolizes the unending compassion and wisdom of the Buddha. It is believed by some that the shrivatsa evolved over time into the protective dragons often seen in eastern iconography.