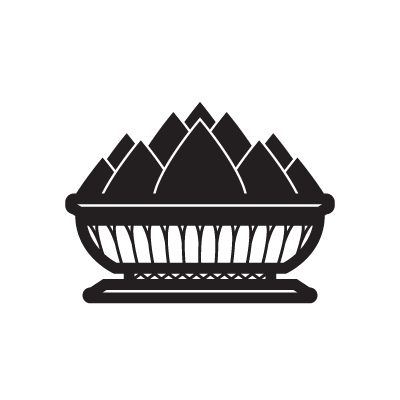 Description of Sindura - The Vermilion Powder

The Sindura was purportedly presented to Buddha by a Brahmin, Jyotisharaja. A potent mix, the Sindura holds deep significance. It is the birth of alchemy in many ways, but it also has strong connections to religion. When mixed with burnt cow dung, the Sindura is applied to foreheads of Hindus as a symbol of devotion. It is also used to identify married women whose husbands are still alive. The Sindura is a way to create a strong visual statement within Hinduism and caste.
Sindura translated means “The Vermilion Powder”.