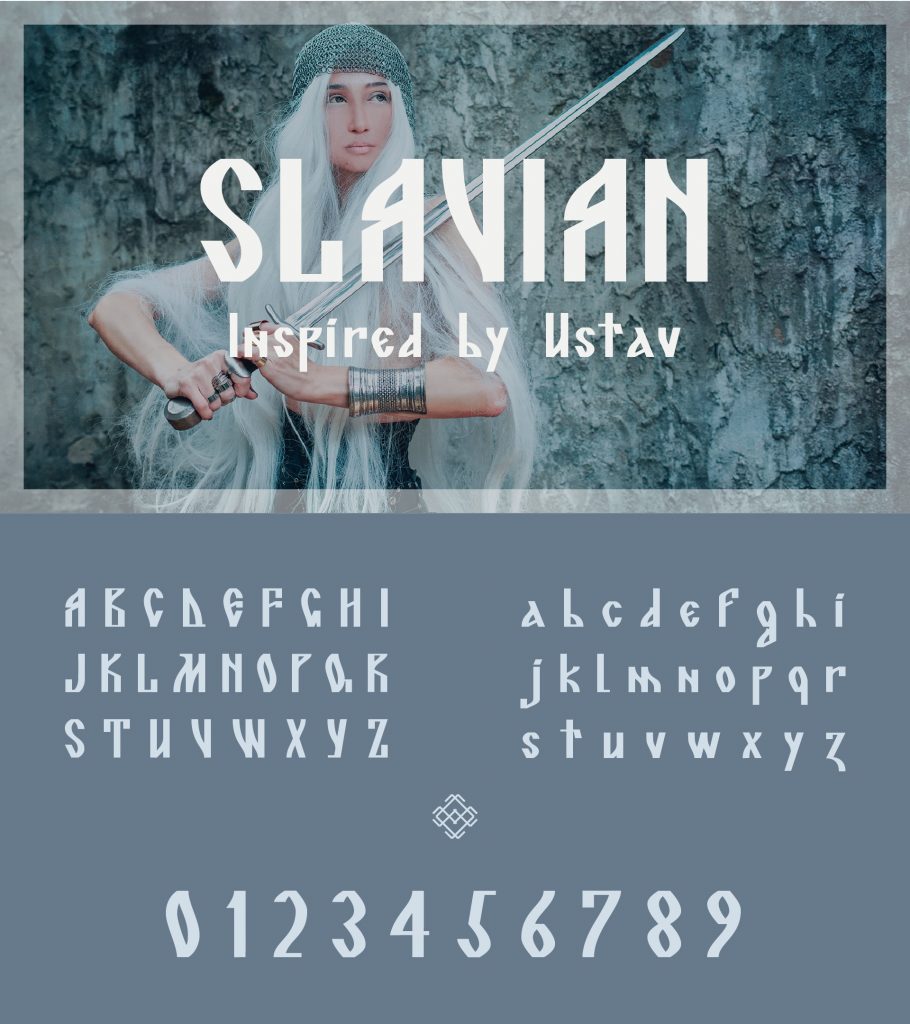 The earliest form of Cyrillic manuscript, known as Ustav, was based on Greek uncial script, augmented by ligatures and by letters from the Glagolitic alphabet for consonants not found in Greek. Currently based on early Kirillitsa of the 9th – 10th century, used to translate religious script into a new language.
The Slavic Font has been designed following the typical proportions of the Ustav alphabet (Uncial), translating the calligraphic letters into modern types that still keep the calligraphy effect but in more geometrical harmony.
The Slavic Font comes together with a family of 24 symbols from Slavic symbolism.