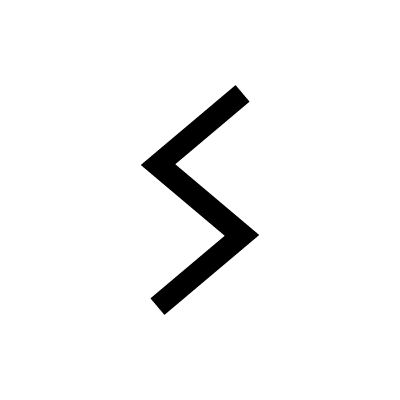 The extreme power of the sun, Sowilo can also be symbolized as a wheel. It is the symbol of energy and life, as well as fertility. Sowilo is positive energy, but also a reminder that even after achieving success, movement is crucial. Rather than stopping after accomplishments, the movement itself spurs individuals on to continue to achieve great things. It is the recognition of victory, and continuing pursuits to be victorious.