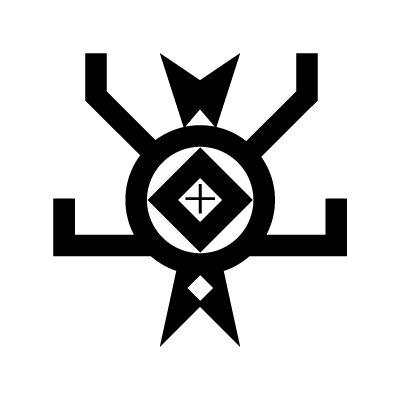 The spider symbol is traditional among the Osage and Omaha Native American tribes. It represents honor and is commonly tattooed on a woman held in high esteem. The cross in the middle of the symbol represents the Earth and its ability to provide life.