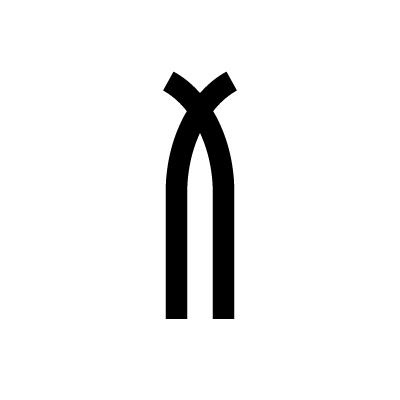 The Spiritual Attitude symbol consists of two parallel vertical lines, both of which curve at the top of the symbol until they intersect and cross each other. At this point, the intersecting lines resemble the tail of the Christian fish icon. The symbol represents a spiritual attitude, meaning that one has faith in a particular religious belief system.