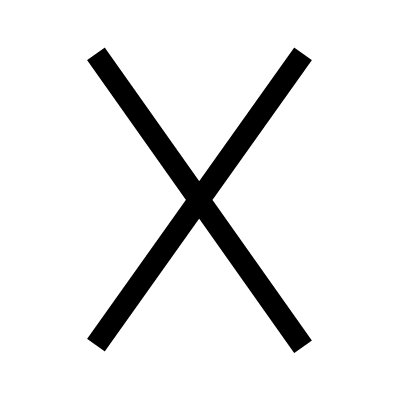 St. Andrew’s Cross is a diagonal cross resembling the letter X in Roman type. It is also known as a saltire. It is used in a variety of ways, from flags to seals and coat of arms. St. Andrew was the first disciple of Jesus and was crucified in 60 AD by the order of Roman Emporer Aegeas. His crucifixion took place on an x-shaped cross in Greece, hence the symbol. St. Andrew is the patron saint of Scotland.