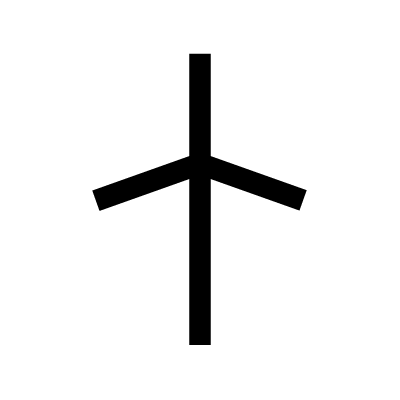 A symbol of the Georgian Orthodox Church, St. Nino’s cross originated in the 4th century. It is also known as the grapevine cross. It is attributed to Saint Nino, a woman who preached Christianity in Iberia (now known as early Georgia). Legends state that the cross was received by her from the Virgin Mary, and it was secured by entwining it with her hair. The St.Nino’s cross accompanied Nino in her journey to Georgia to preach.