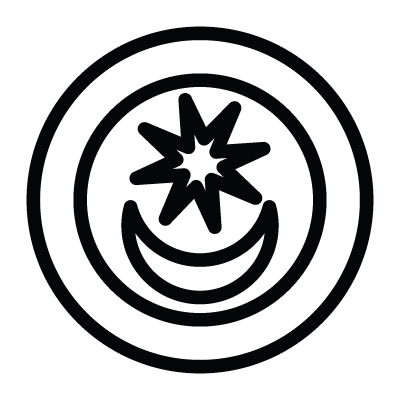 Description of Star and Crescent Moon

Star and Crescent Moon is the heraldic figure that was popular among crusaders.
The crescent itself has been used in Western heraldry since at least the 13th century, while the star and crescent (or “Sun and Moon”) emblem has been used on medieval seals since at least the late 12th century. Many crusader seals and coins show a crescent moon and a star (or blazing sun) on either side of the ruler’s head (as in the Sassanid tradition). In the heraldic tradition of the Templars, they are also used, and here, too, the influence of Muslim culture on the crusaders is clearly visible.
For example, the Seal of Brother Robert of Retz from the 13th century depicts the Star and the Moon. The seal was discovered in the 19th century, in the city of St Père en Retz, Loire-Atlantique, at the site of the Knights Templar command.