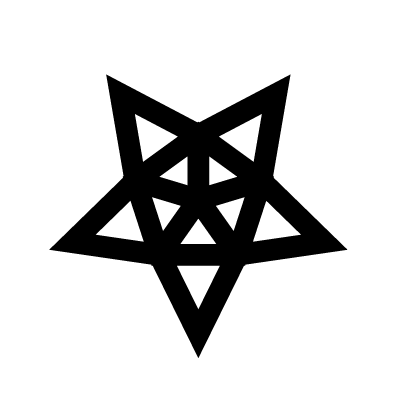 Stellations of the Platonic and Archimedean Solids

Description of Stellations of the Platonic and Archimedean Solids

The symbol depicts a stellation (extended polygon) of a dodecahedron, in which each face is a pentagon that is then topped by a pyramid composed of five golden triangles. The result is to create a shape that resembles a three-dimensional five-pointed star.