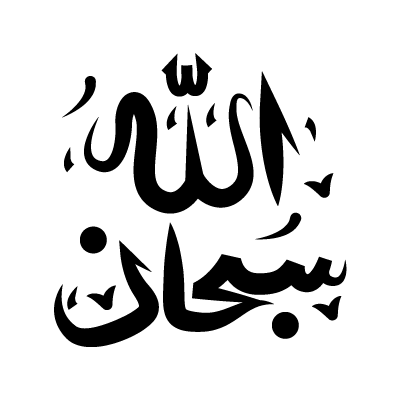 One of the many phrases of praise for God, Subhan Allah is about the perfection of God. It is interpreted in different ways, but the general understanding is that it is a belief that God is free of imperfections. The phrase Subhan Allah is generally shown in Arabic calligraphic style, and can be found in homes and establishments. The phrase can also be interpreted as Glory be to God, Allah is perfect, or may He be exalted.