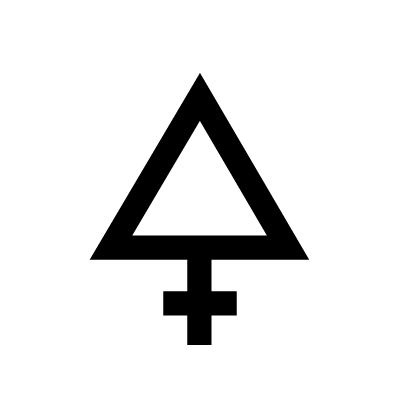 The Sulphur symbol consists of a triangle with a flat base and the apex facing upwards, placed on top of a cross, which connects with the median point of the base. Sulphur is one of the three prime materials of alchemy. It represents evaporation and dissolution. It is associated with heat and dryness, as well as masculinity.