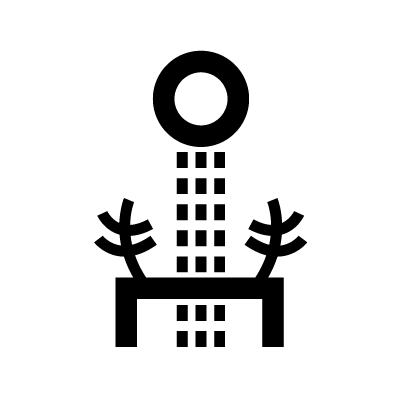 The Sun and the Earth are connected in many ways in Mu symbology. The Sun Forces are shown here, as they strike the Earth forces. The Earth’s forces are in Cosmic Eggs which have been created on the land. This is another depiction of the connectedness of the Sun and Earth forces.