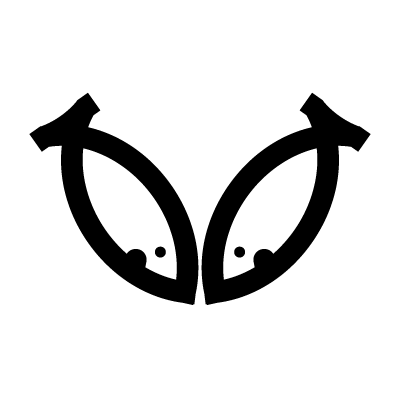 The Suvarna Matsya, or golden fishes, represent joy, freedom and fearlessness. They are symbols of fertility and abundance. The two fish are typically depicted swimming vertically downwards, with their heads coming together. For this reason, they also represent fidelity and marriage.