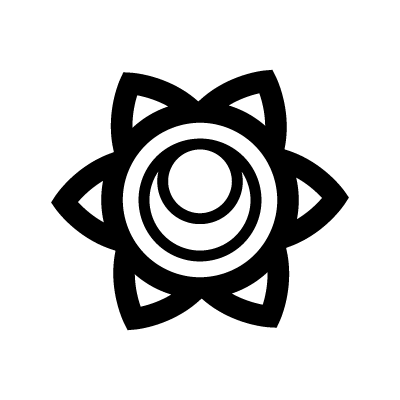 The Svadhishthana also known as “Sacral chakra” is located at the root of the sexual organ or groin, its name means “The Residence of the Self”. It represents base emotion, sexuality and creativity. The Svadhisthana symbol depicts as a six-petaled lotus. within which is a crescent moon (representing water).
The modern color associated to Svadhishthana chakra is orange.